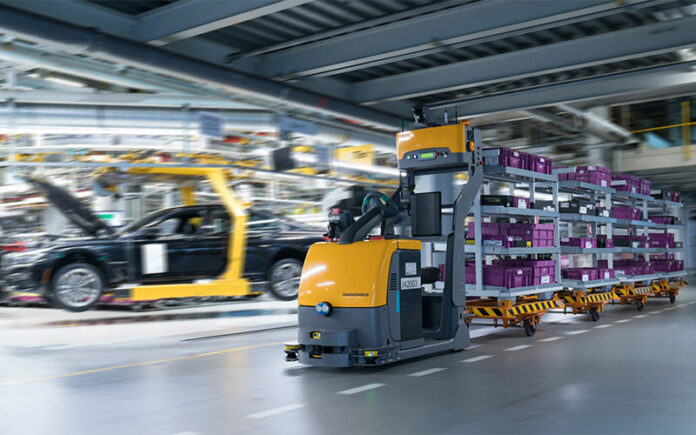 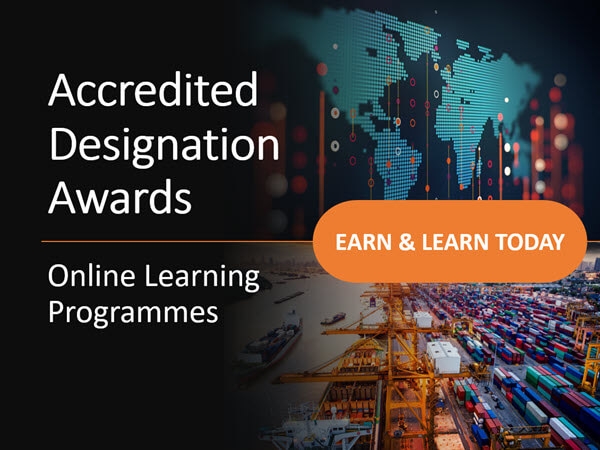 Research in robotics technology started in early 60s, and the first self-sufficient and autonomous cars appeared in the 1980s at Carnegie Mellon University. Automation and Robotics Technology have gone through a lot of evolution in the last few decades. In recent years, digital technology has enabled the trial testing of autonomous vehicles. This led to the development of autonomous vehicles that were researched by Defense Advanced Research Projects Agency (DARPA).

Level 0 (No Automation)
The driver is in complete control of braking, steering, throttle and power at all times.

Level 2 (Combined-Function Automation)
At least two primary control operations, designed to work in unison to relieve the driver of control of those functions, operate autonomously. These combined functions might include adaptive cruise control in combination with lane centering.

Level 3 (Limited Self-Driving Automation)
Vehicles at this level enable the driver to cede full control of all safety-critical functions under certain traffic or environmental conditions. The vehicle monitors changes in those conditions requiring transition back to driver control. The driver is expected to be available for occasional control, but with sufficiently comfortable transition time.

Level 4 (Full Self-Driving Automation)
The vehicle is designed to perform all safety-critical driving functions and monitor roadway conditions for an entire trip. Such a design anticipates that the driver will provide destination or navigation input, but is not expected to be available for control at any time during the trip. This includes both occupied and unoccupied vehicles. 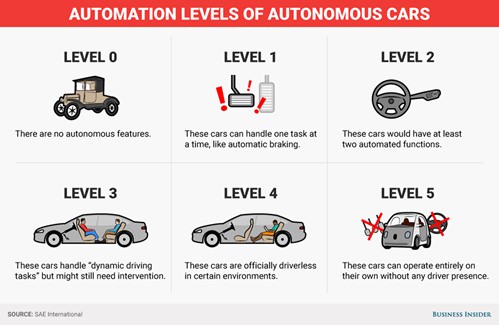 Autonomous vehicles have control systems that are capable to analysing sensory data to distinguish between different cars on the road, which is very useful in planning a path to the desired destination.

1. The “driver” sets a destination. The vehicles’ software calculates a route and starts the car on its way.

2. A rotating, roof-mounted LIDAR (Light Detection and Ranging)- sensor monitors a 60-meter range around the car and creates a dynamic 3-D map of the car’s current environment.

3. A sensor on the left rear wheel monitors sideways movement to detect the car’s position relative to the 3-D map.

4. Radar systems in the front and rear bumpers calculate distances to obstacles.

5. Artificial intelligence (AI) software in the car is connected to all the sensors and has input from Google Street View and video cameras inside the car.

6. The AI simulates human perceptual and decision-making processes and controls actions in driver-control systems such as steering and brakes.

7. The car’s software consults Mapping System for advance notice of things like landmarks and traffic signs and lights.

8. An override function is available to allow a human to take control of the vehicle.

Robot cars are also known as autonomous cars, self-driving cars, robot cars, or driverless cars. It is a type of autonomous driving vehicle that can perform the function of a human-operated vehicle on its own. Likewise, it has the capacity to sense its environment and navigate on its own. All that a human need to do is simply choose the destination of the vehicle and perform mechanical operations and repairs. 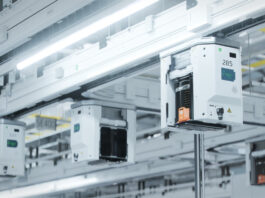