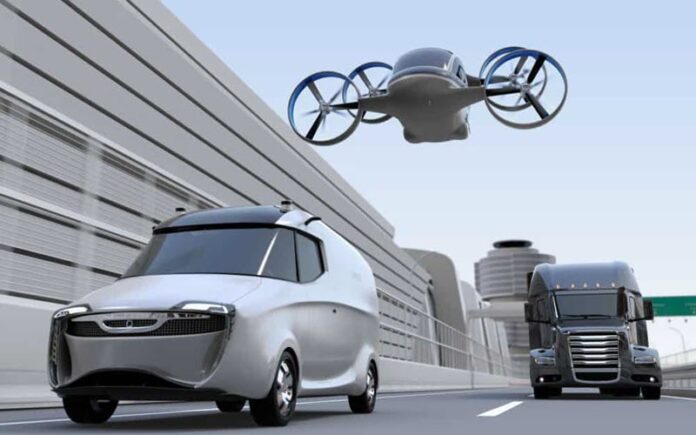 Intermodal transportation goes back to the 18th century and predates the railways. Some of the earliest containers were those used for shipping coal on the Bridgewater Canal in England in the 1780s. Coal containers (called “loose boxes” or “tubs”) were soon deployed on the early canals and railways and were used for road or rail transfers. Wooden coal containers used on railways go back to the 1830s on the Liverpool and Manchester Railway. In 1841, Isambard Kingdom Brunel introduced iron containers to move coal from the vale of Neath to Swansea Docks.

By the outbreak of the First World War the Great Eastern Railway was using wooden containers to trans-ship passenger luggage between trains and sailings via the port of Harwich. The early 1900s saw the first adoption of covered containers, primarily for the movement of furniture and intermodal freight between road and rail. A lack of standards limited the value of this service and this in turn drove standar disation. In the U.S. such containers, known as “lift vans”, were in use from as early as 1911.

Involves the transportation of freight in an intermodal container or vehicle, using multiple modes of transportation (e.g., rail, ship, and truck), without any handling of the freight itself when changing modes. The method reduces cargo handling, and so improves security, reduces damage and loss, and allows freight to be transported faster. Reduced costs over road trucking is the key benefit for inter-continental use. This may be offset by reduced timings for road transport over shorter distances.

Danial Mikhail De Silva, DLSM
Danial Mikhail De Silva has substantive years of experience in logistics management, specifically in international freight and delivery operations. He is a member of the Singapore Institute of Purchasing and Materials Management (SIPMM). Danial completed the Diploma in Logistics and Supply Management (DLSM) on September 2019 at SIPMM Institute.
RELATED ARTICLES
Logistics

Effective Tender Practices for the Oil and Gas Sector